While sorting through some classified information, we found this binary from the depths of our archives. It came with a note that says this binary is EXCEPTIONal. Recover the unlock code and retrieve the content.

I guess the challenge description hints that there is something to do with exceptions. Running the given program gives the following output. 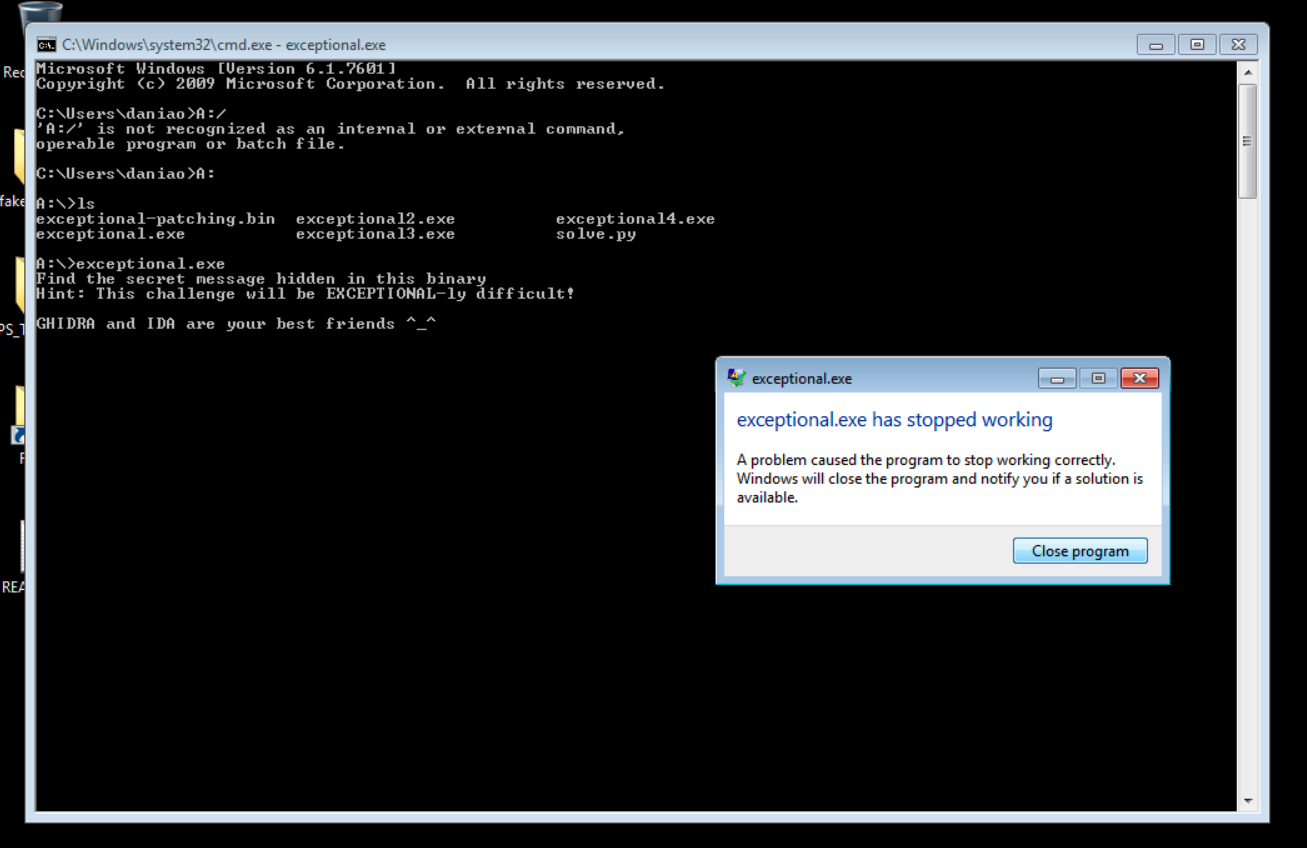 Opening the program in the debugger shows the following: 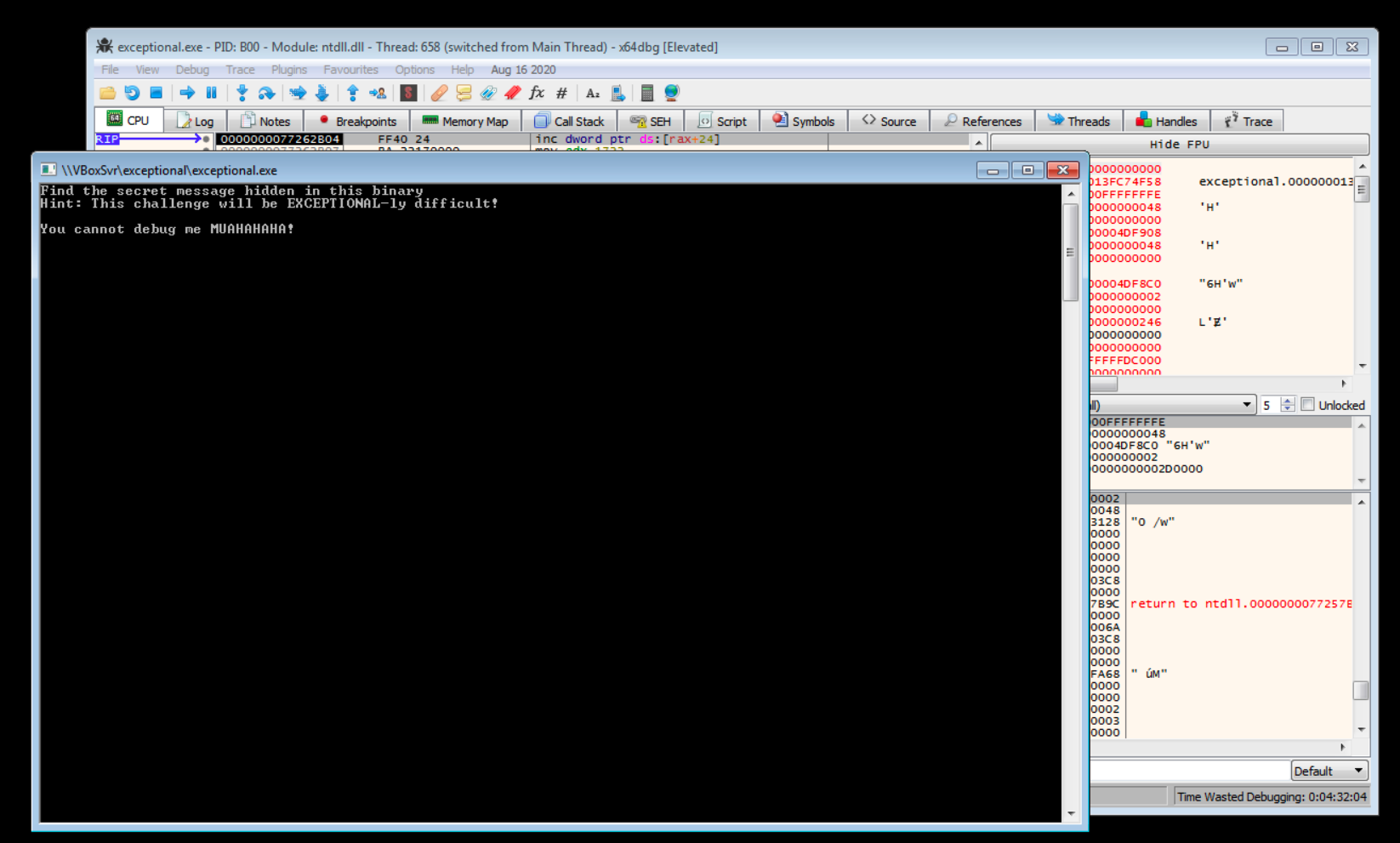 Looks like I need to do some static analysis to find out what is happening.

Searching for references to the following string brings me to a function located at offset 0x1510.

The function is something like the following (simplified for readability):

The code above contains references to antidebug_messages and banter_messages. They are C string arrays as follows:

The code also calls the following functions (I won’t explain them in detail, since they are relatively straightforward to understand when inspected in a decompiler.):

In other words, we know that the correct key will produce text that starts with tFWYaFjV.

With some more analysis, I confirmed that at program initialization, this function is registered as an exception handler. After all setup is done, the program intentionally exceutes instructions that will result in exceptions being triggered. The registered exception handler will check the exception number, and execute the corresponding code (as seen in [2], [3], [4]).

It should be fair to guess that the execution will follow the order: [3] (read unlock code) –> [4] (does some xor operations and comparisons) –> [2] (decrypt block of memory with unlock code and print the result).

Time for some patching

With the knowledge above, it is time to patch the program to execute in the way we want (i.e. ask for the unlock code). I modified the conditional statement at [6], so that the program never goes the else path. 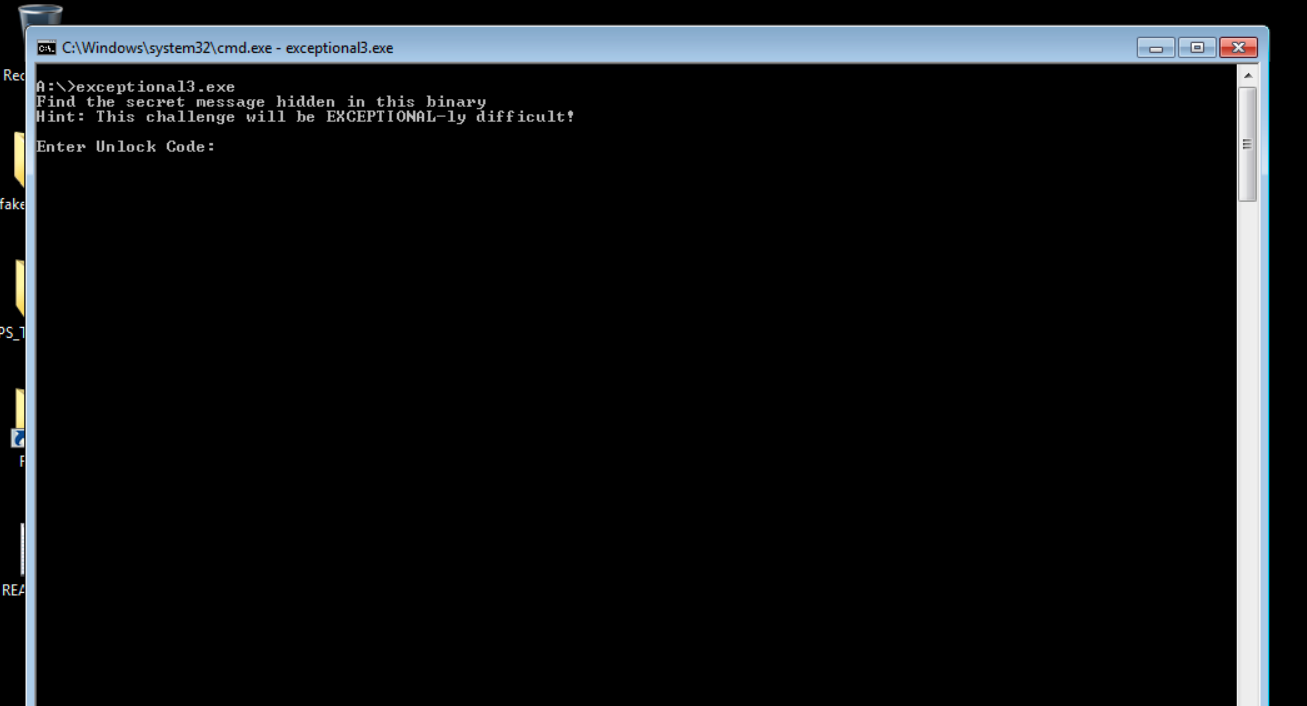 I also want to be able to inspect this program in a debugger. So in a similar way, I modified all conditional statements that would lead to the anti-debug messages being printed, making sure the program will never travel down those paths. That worked too. As seen below, now I can run the program in a debugger without the annoying anti-debug messages. 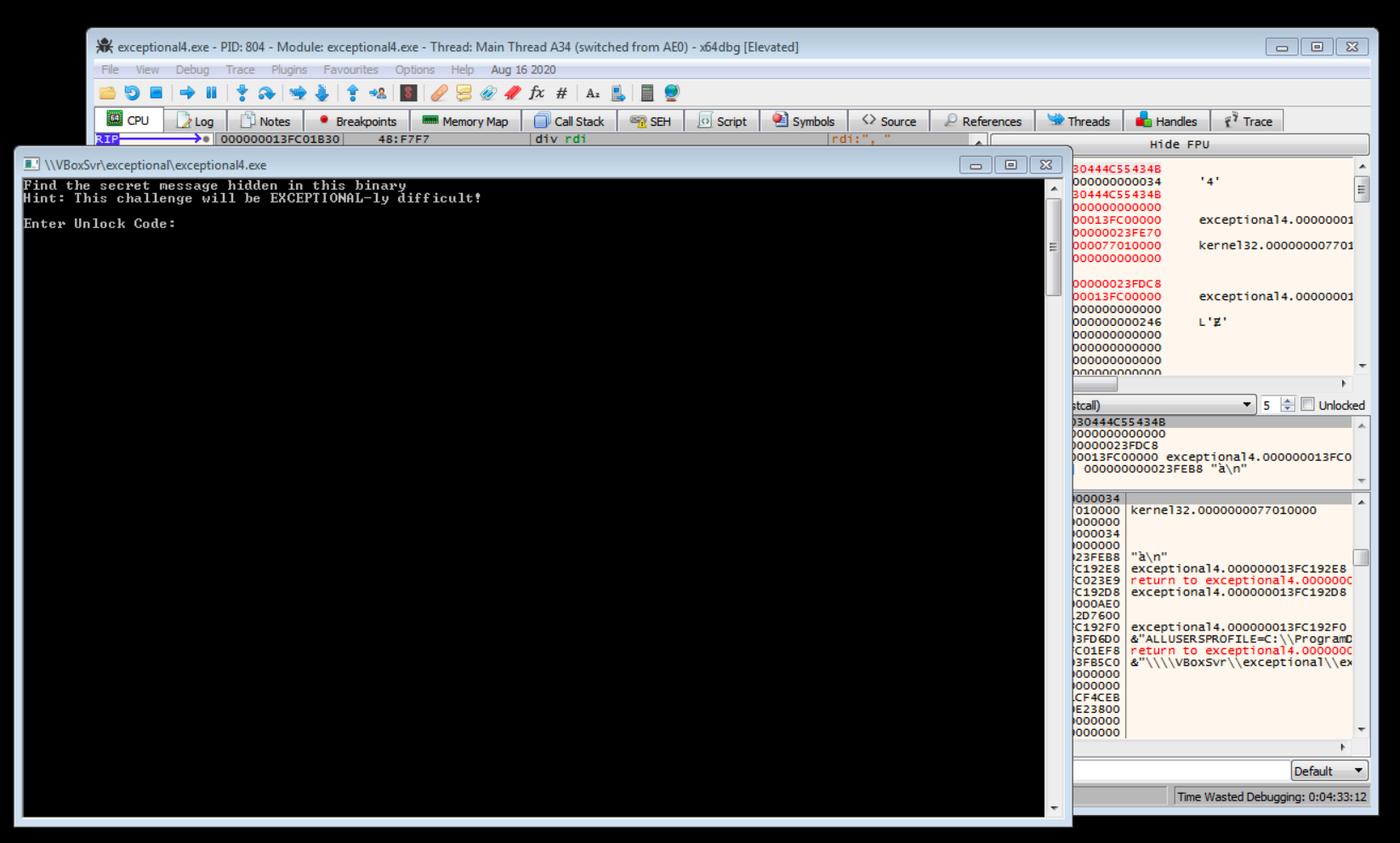 Now’s I’m left with the final, most important part - find out what is the key. In [4], the if (unlock_code[i] ^ x[i] == y[i]) is quite interesting. It is definitely validating the entered unlock code.

y seems to be a hardcoded global array. However, it is not that obvious what x is. So, I put a breakpoint at the xor instruction, to extract the values in x for each i.

I entered the unlock code into the program, but there was no output. I set some breakpoints in the debugger, and realized the following line in decrypt gave the error.

Looking at the LastError in the debugger tells me that my Windows version (Windows 7) does not support the provider above. I forgot to prepare a Windows 10 VM for the competition 😬. So I got my teammate @Lord_Idiot to help me run it in his Windows 10 VM, and we get a very long base64 text as output.

After decoding it a few times, we get the flag.